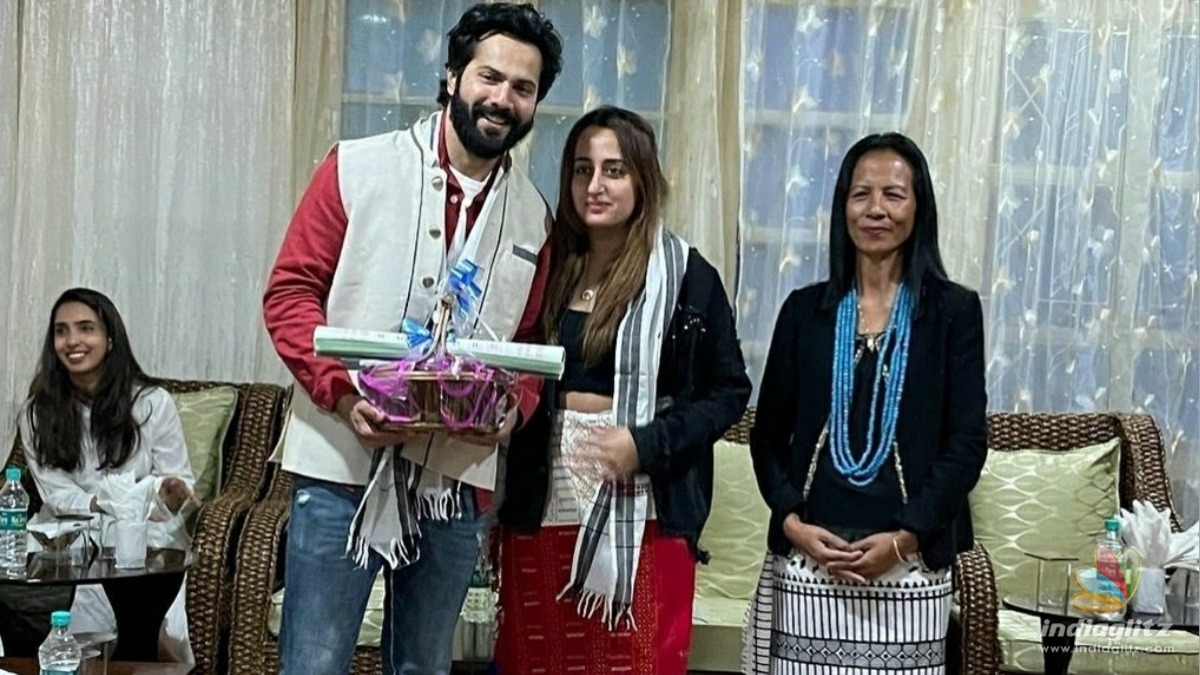 It is often heartwarming to see our beloved stars and celebrities reach out to people who need help. Varun Dhawan recently showed this side of his character. A deadly fire broke out in a small village in Arunachal Pradesh which proved fatal for two people, including a five year old girl. This incident took place in the Tirap district of the state and it reduced around 140 homes to ashes leaving hundreds of people without shelter.

Varun Dhawan, who is in Arunachal Pradesh for the filming of his upcoming film ‘Bhediya’, came out to the aid of helpless people. Along with his wife, the actor donated a sum of one lakh rupees for the aid of the affected villagers. The sum was presented by Varun and wife, Natasha to Lower Subansiri Deputy Commissioner, Somcha Lowang. The photo of the trio is getting viral on social media as fans are praising Varun’s thoughtful gesture and philanthropic nature.

The film ‘Bhediya’ is a horror comedy and it will feature Varun in the role of a werewolf. The film also stars Kriti Sanon.

India,China To Have The 11th Round Of Talk On Friday