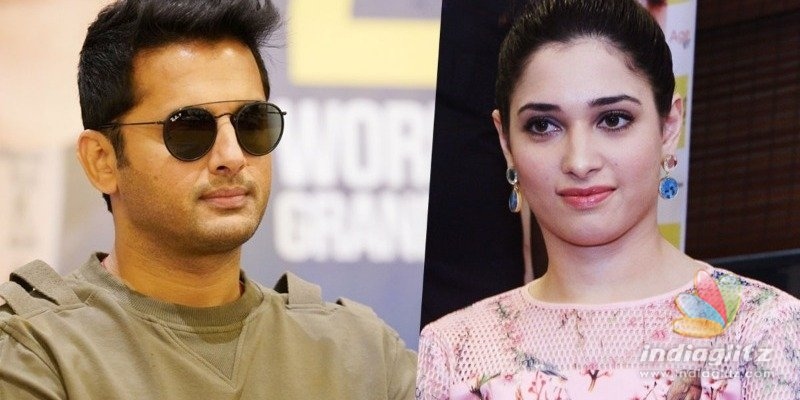 The Telugu remake of ‘Andhadhun’, which is Nithiin’s 30th movie, has locked its release date. The film will hit the screens on June 11.

Starring Tamannaah Bhatia and Nabha Natesh in key roles, this one is directed by ‘Express Raja’ director Merlapaka Gandhi. This is going to be Nithiin’s third release of the year. ‘Check’ will release on February 26, while ‘Rang De’ will release in late March.

The film, produced by N Sudhakar Reddy and Nikitha Reddy, went on the floors in November last. Music is by Mahati Swara Sagar and cinematography is by Hari K Vedanth.

Nithiin is currently participating in the promotions of ‘Check’, which is directed by Chandrasekhar Yeleti.

The Bald Truth Radio Show: Presented By Ape To Gentleman