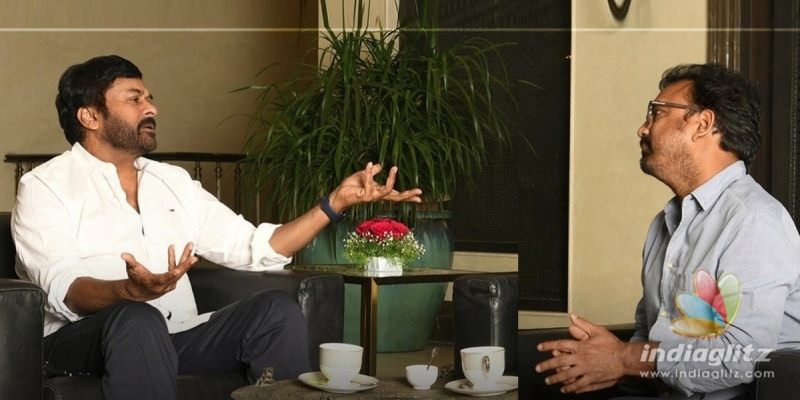 Chiranjeevi, on Tuesday evening, surprised his fans by coming up with an update about an update on the Teaser for ‘Acharya’. The Megastar first said that he had a serious conversation with his director, Koratala Siva. He kept his fans guessing for the next 45 minutes. At 6:30 pm, the ‘Sye Raa’ actor posted the serious conversation in the format of a meme.

The summary of the poster is that Koratala Siva will give an update on when the teaser is going to be out at 10 am, on January 27 (Wednesday).

The film has been shot in Hyderabad. Ram Charan and Kajal Aggarwal recently joined the sets. With music by Mani Sharma, the socio-political drama has cinematography by Thiru. Production design is by Suresh Selvarajan.

Produced by Niranjan Reddy and Charan, the big-ticket film will likely release this Summer or post-Summer.