Wondering what Varun Dhawan is doing a day before his wedding? Well, we have the answer for you. The actor is chilling like a villain at his wedding venue – The Mansion House – in Alibaug and his latest Instagram story proves it. Varun and his fiancee Natasha Dalal will have a big, fat wedding as per Punjabi norm tomorrow. On Saturday evening, Varun Dhawan shared a picture of himself enjoying a glass of what looks like watermelon juice at the poolside with his friends and family at the beach resort, which is quite close to Alibaug Jetty. The groom-to-be didn’t write anything in the caption and just teased his fans by sharing a glimpse of his wedding venue. 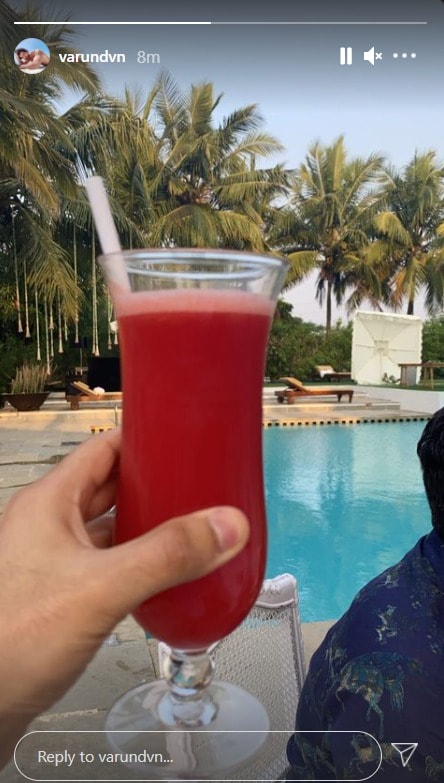 Earlier in the day, Varun Dhawan was photographed arriving at The Mansion House. Filmmaker Shashank Khaitan, who has directed Varun in films like Humpty Sharma Ki Dulhania and Badrinath Ki Dulhania, and fashion designer Manish Malhotra were also photographed at the wedding venue this morning. It has been reported that the actor hosted a bachelor’s party on Friday night at a venue very close to the resort. Celebrated mehendi artist Veena Nagda was also spotted at the resort on Saturday. 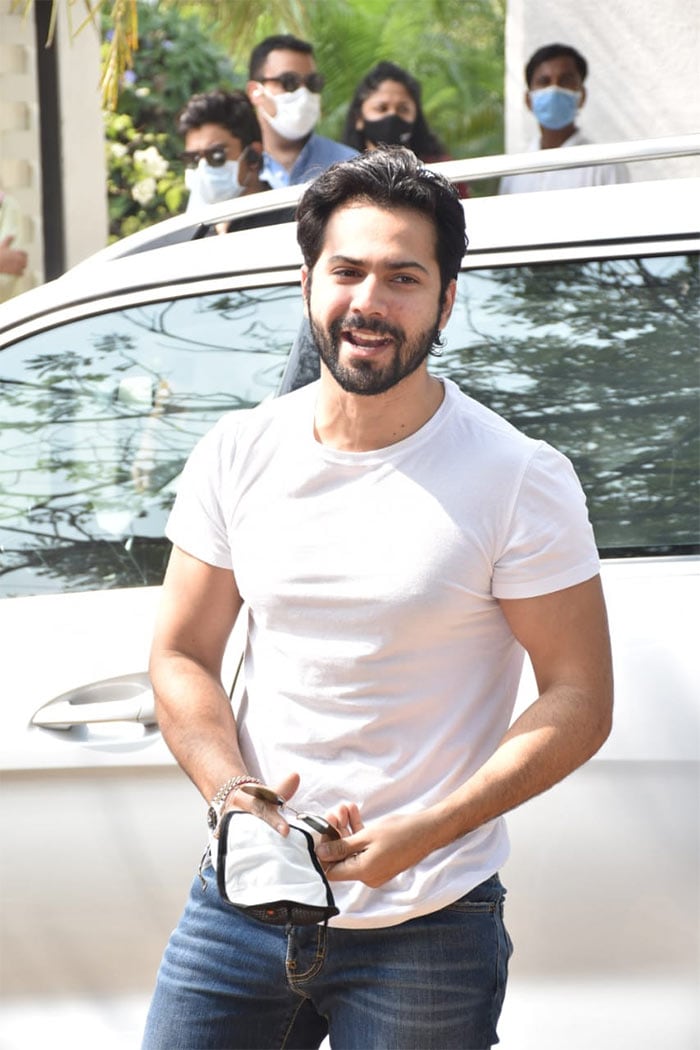 Varun Dhawan at his wedding venue. 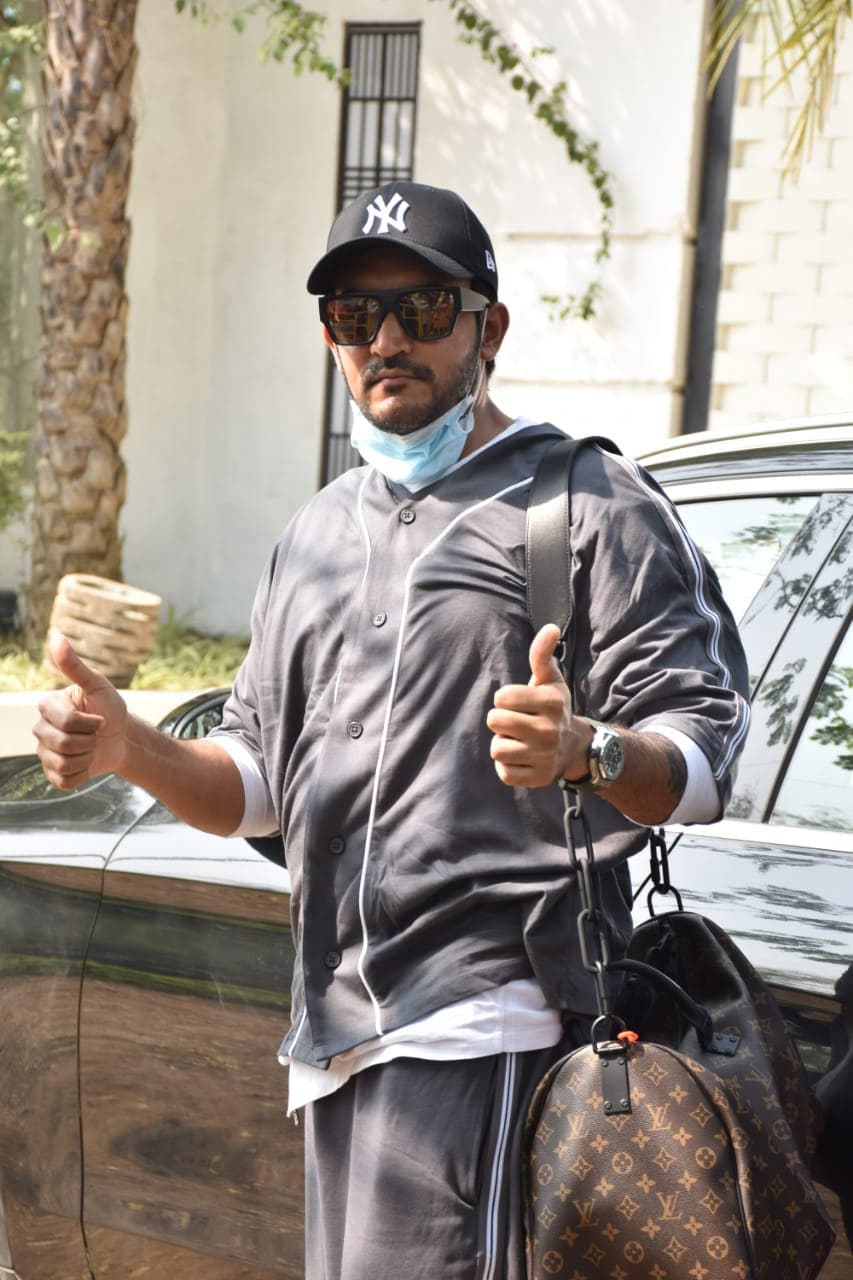 Shashank Khaitan posing for the paprazzi at the wedding venue. 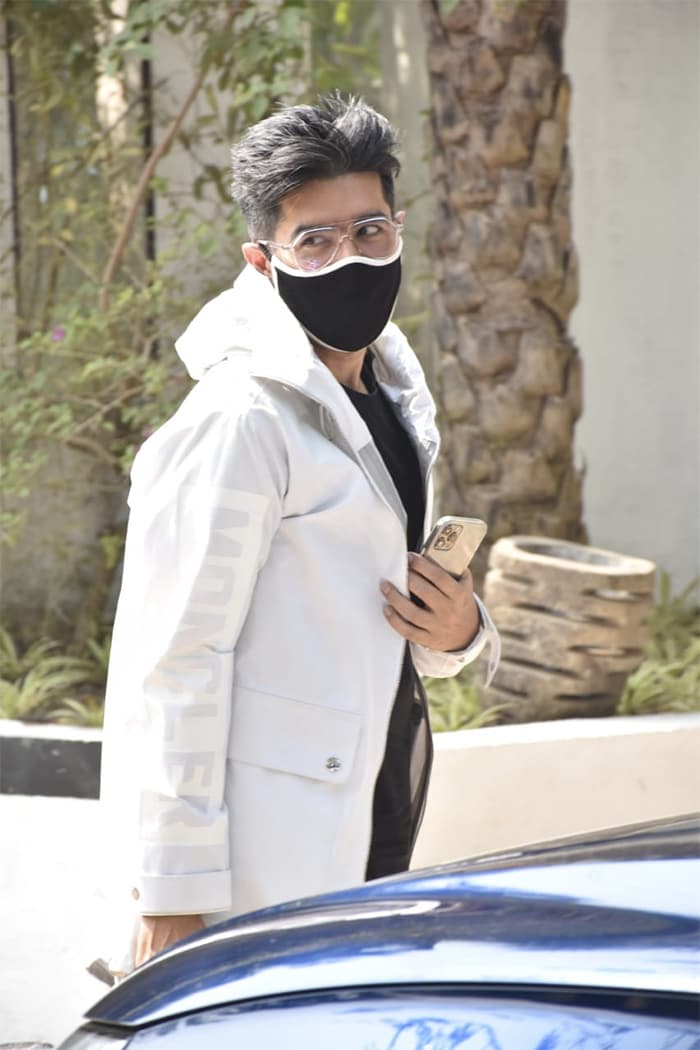 Manish Malhotra arrived at the resort dressed in a black t-shirt, black jeans and white jacket. 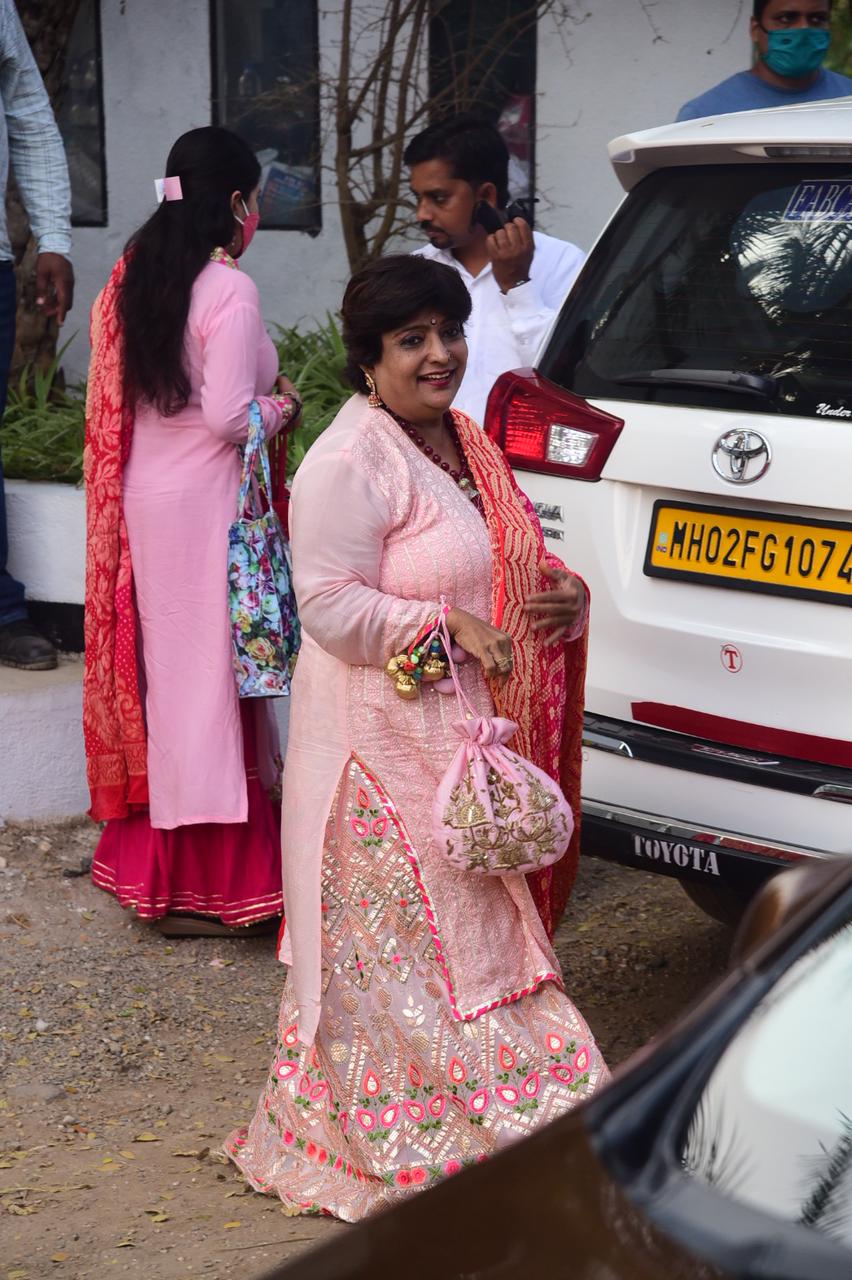 Veena Nagda at the wedding venue.

Varun Dhawan and Natasha Dalal left Mumbai for Alibaug on Friday. According to several media reports, only 40-50 guests have been invited to the wedding due to the COVID-19 pandemic.

Varun Dhawan confirmed dating Natasha, who is a designer, on the sixth season of Karan Johar’s talk show Koffee With Karan, where he said, “I am dating her and we are a couple…I plan to marry her.” In December, while talking to Varun on her radio show What Women Want, Kareena Kapoor called Natasha Dalal his “fiancee,” confirming that the duo got engaged last year.

AIMIM to Contest Ahmedabad Civic Polls, Ties Up with BTP in Gujarat