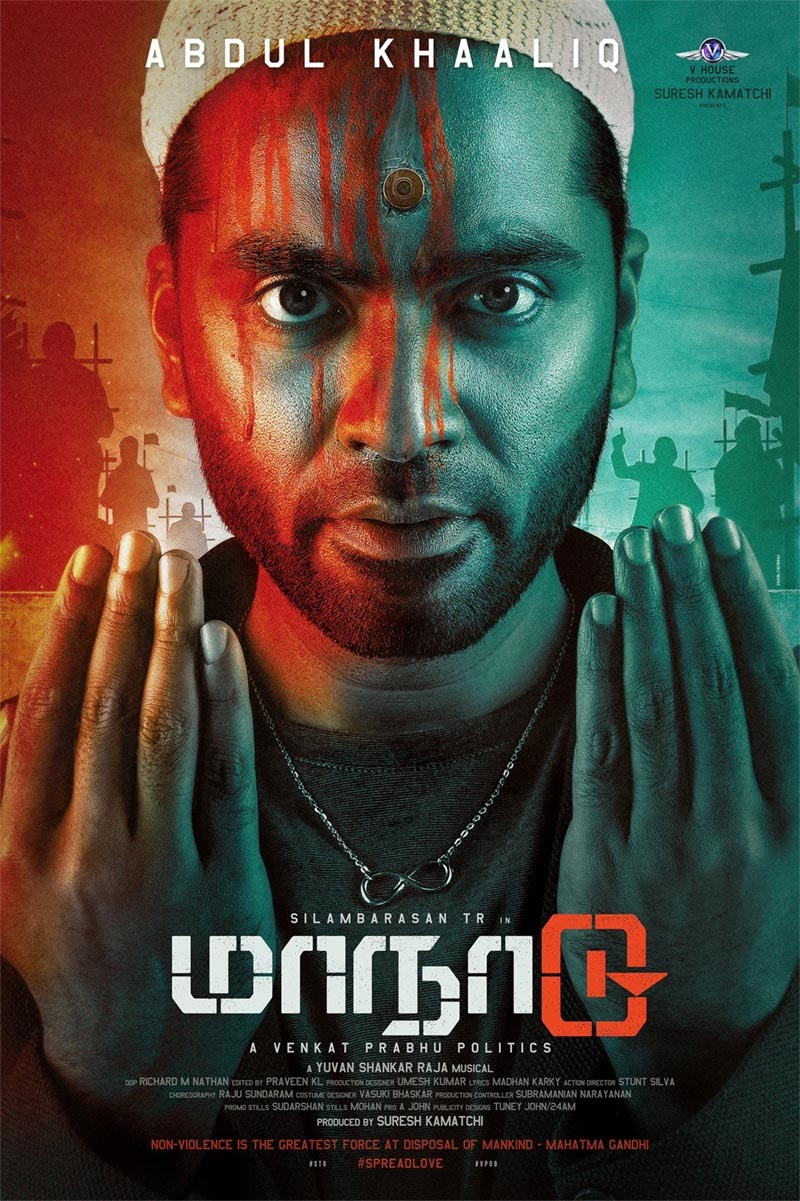 One of the most expected movies of 2021 is the 45th movie of actor Simbu, Maanaadu. This movie directed by Venkat Prabhu is the maker’s 9th movie and is a political thriller.

Now the first look poster of Maanaadu has been released. The massy first look poster features Simbu offering prayers with blood on his face and a bullet on his forehead. The poster with the tagline “A Venkat Prabhu politics”, has the quote by Mahatma Gandhi “Nonviolence is the greatest force at disposal of mankind”. The movie will have Simbu playing a youngster named Abdul Khaaliq.

UP registers 1st case under anti-conversion law in Bareilly

Why protesting farmers refuse to go to Burari ground?